A cleaner future with gas engines

Versatile, cost-effective and low-emission: These are just a few of the reasons why gas is such a popular choice for power generation. MAN Energy Solutions offers one of the most extensive ranges of gas engines available on the market today.
Talk to our experts
Scroll down

With best-in-class power output and low emissions, the MAN 51/60G is setting new standards for gas engines. It is also available with two-stage turbocharging for superior performance.

This compact engine delivers ultimate performance and top efficiency with low emissions – and is also available with two-stage turbocharging.

Our state-of-the-art gas engines deliver performance you can count on with minimal impact on the environment.

MAN Energy Solutions offers a wide range of powerful gas engines to meet your specific requirements. Our gas engines are known for their reliability, efficiency and performance. They also have extremely low exhaust emissions and fuel consumption rates – making them an environmentally friendly choice for power generation. Talk to our experts – together, you can design the perfect engine configuration to meet your needs. Outstanding efficiency
51
%
our 51/60G engine with two-stage turbocharging is very efficient – making it ideal for use in power plants
Fast start-up
90
sec.
The dynamic and powerful MAN 35/44G can go from start-up to full load in less than two minutes

The future of hydrogen with MAN gas engines

Hydrogen is increasingly important for decarbonization. But it will be several years before it is available in sufficient quantities, can be transported cost-effectively, and can be used across the board in industry, transport, and power generation.
We regard SNG as a transition fuel, since it is easy to adapt existing equipment to use synthetic gas. MAN gas engines are already using power-to-X fuels such as SNG to operate totally climate-neutrally. Our gas engines are commonly used in power stations and are already 'H2-ready'.

MAN PrimeServ protects your energy assets from day one

Whether you feed energy into the grid or satisfy a localized demand, on land or at sea, our technicians provide what you need – where and when you need it, ensuring the availability, flexibility, and profitability of your plant.

The power plant on the North Mole in Gibraltar Harbor will provide the basis for the territory's future power supply – with an output far exceeding Gibraltar's current peak demand. MAN Energy Solutions delivered three gas and three dual fuel engines for the plant, which uses combined heat and power for increased efficiency. 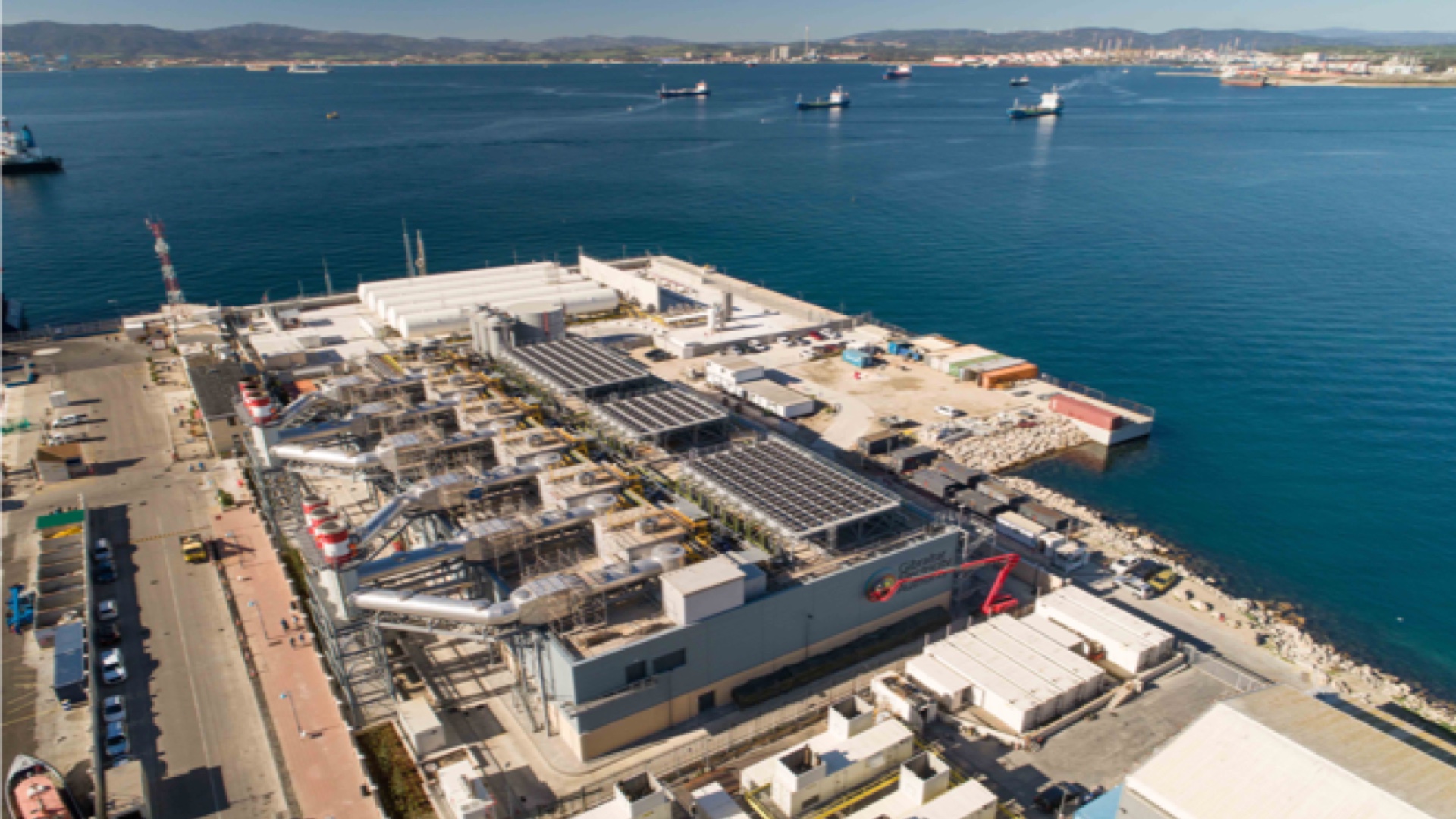 Put our gas engines to work for you

MAN Energy Solutions builds some of the most powerful and efficient engines available today. Find out how our workhorses can boost your output and profits.
Talk to our experts

MAN Energy Solutions has won the order to supply another MAN 12V35/44G TS gas engine to the public utilities (Stadtwerke) of the town of Schwäbisch Hall in southern Germany. The genset will increase the output of the existing combined-heat-and-power (CHP) plant to a total of 15 MW, and will replace an existing, outdated engine. The new engine will deliver an electrical efficiency of 46%, compared to 39% for the existing unit, thus significantly increasing the efficiency of the entire plant; the overall efficiency of CHP operation will eventually exceed 90%. The power plant on Alfred-Leikam-Street has produced electrical energy and heat for the local heating-network of the city since 1997.

MAN Energy Solutions previously delivered an engine of the same type to Stadtwerke Schwäbisch Hall in 2018. “The customer is very satisfied with the performance of the existing gas engine. Stadtwerke Schwäbisch Hall was particularly impressed by the plant's above-average electrical efficiency and flexibility, and are once again relying on our cogeneration solutions for this planned expansion,” said Dr. Tilman Tütken, Head of Sales, Power Plants Europe, at MAN Energy Solutions.

The new engine will be operated for around 4,000 hours a year using combined-heat-and-power technology. Due to the existing, district-heating storage, it will also be possible to decouple it from the heating network and to be used to generate electricity solely. “In this way, Stadtwerke Schwäbisch Hall will be able to make optimum use of the engine’s flexibility and respond to short-term price levels on the electricity market,” said Tütken.

“Renewable energies and CHP-concepts with district heating are economical and sustainable in the long term,” said Thomas Hoppenz, Head of Technical Division at Stadtwerke Schwäbisch Hall. “The numerous photovoltaic, wind-energy, biogas and hydropower plants in our supply area are ideally complemented by flexible CHP power plants. MAN Energy Solutions is a reliable and experienced partner and we are looking forward to our renewed cooperation.”

For MAN Energy Solutions, the order is a further success in the market for CHP plants. “Highly efficient technologies, such as CHP, make a central contribution to the controllability of power-generation in the context of the energy transition. Also in regard to the decision to phase coal out, gas-fired CHP plants will gain more importance in the future since they use resources more effectively, thanks to high overall efficiencies of over 90% and emitting less CO2,” said Tütken.

In addition to the engine and auxiliary systems, the scope of supply and services also includes an oxidation catalyst and the engineering of the heat-extraction system. MAN Energy Solutions will remain a partner in the project even after the planned commissioning in 2022 when the company's global after-sales brand, MAN PrimeServ, will take over maintenance together with the staff of Stadtwerke Schwäbisch Hall.

Dr. Michael Filous, Vice President and Head of MAN PrimeServ O&M, said: “The long contract period of ten years proves the trust the customer has placed in us. We intend to repay this trust and look forward to working with them.”