A breath of fresh air for Oberhausen

To kick off their training, 26 new apprentices enjoyed an extremely varied orientation week (2-6 September) at MAN Energy Solutions in Oberhausen.

MAN has stood for technical finesse for many decades, and the excellent quality of training at our sites has contributed substantially to this reputation. “The form and content of training change, so we tailored the orientation week’s format to the interests and needs of the up-and-coming generation,” says Lisa Bartsch, Recruiting and Commercial Training OBH.

A successful career-start package all round

Species conservation and biodiversity are the subject of discussion at many company’s sites. To raise the apprentices’ awareness suitably from the off, there was a special task this year: building a bee hotel using natural materials – a by no means trivial undertaking. The apprentices were therefore assisted by Dr. Wilhelm Podlatis, an expert from the Lower Rhine Nature Trust. The bee hotel is for permanent use, so the bees in the wild meadows on the Oberhausen site really will be able to ‘survive’ in it.

The ‘Airship Construction’ orientation module paid tribute more to the apprentices’ technical play instinct. Thanks to MAN’s cooperation with Ruhr West University of Applied Science, the all-day group exercise took place in the FabLab at the Bottrop Campus. Michael Kleinhenz, Head of Production, also gave a talk on production processes and added value, in which so-called LEAN management plays a key role. In the workshop that followed, the apprentices were familiarized with the ‘eight wastes’ in a lively mixture of theory and practice.

An escape game was another highlight. The scenario: the server has been hacked and the company is being extorted. The popular escape room format gave the apprentices an opportunity to put their creativity and teamwork to the test. Demonstrating both soft skills and savvy, they managed to solve the simulated case in small groups. “The newly designed orientation week still leaves plenty of scope for important matters like team building and social behavior. As in previous years, apprentices, trainers, management and the stakeholders responsible for the young people were able to spend a lot of time together and get to know each other thoroughly, including at an evening barbecue,” says Jan-Martin Frericks, Deputy Chairman of the Works Council in Oberhausen. The orientation week also covered formal matters like the company organization and safety at work in detail.

Apprentices in their second year of training also had the opportunity to expand their professional knowledge through play this year. They were able to get to grips with new technologies in the FabLab. One task, for example, involved coming up with a functioning exhibition standee on the subject of ‘Smart Energy Solution’, with new technologies like 3D printing, sensor technologies and actuator engineering having to be used and employed creatively. “From the outset, the apprentices learn how to exploit the new manufacturing technologies, which is of great importance for technical professions in particular,” says Thomas Wischermann, who has been looking after apprentices at MAN in Oberhausen successfully for 12 years. 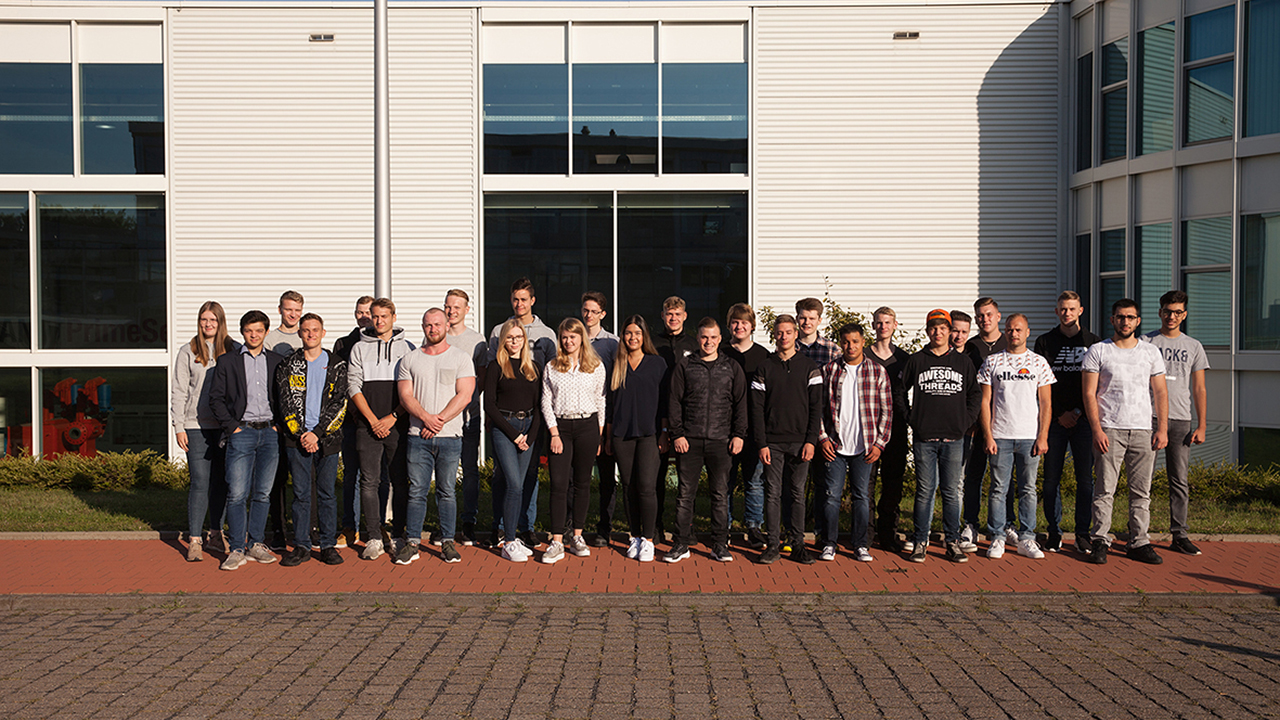