It is all too easy to make claims about a project being “groundbreaking.” But in 2015, the company formerly known as Statoil literally broke new ground with an innovative installation on the floor of the Norwegian Sea – the Åsgard offshore oilfield. Since then, two MAN Energy Solutions HOFIM™ motor-compressor units operating 300 meters below sea level help maintain output as reservoir pressure in the oilfield drops over time. The state-of-the-art facility increases efficiency and extraction rates, while reducing energy consumption and CO2 emissions at the site. As of December 2018, the world’s first subsea compression system has been in operation for 50,000 hours – and counting.

Offshore drilling under the sea

Lars Brenne is a Subsea Compression Specialist for the operating company, now renamed as Equinor, and has been involved in the project since it was little more than a pipe dream. He recalls his first encounter with the subsea compressor, a giant trapezoid structure of complex machinery that can withstand 220 bars of pressure in the cold depths of the sea. “One thing that impressed me when I started working on this development path was the magnetic bearing technology used in the HOFIM™ compressors. It is so precise that you can use the shaft as a loudspeaker, play your favorite music or perhaps communicate with species around the subsea machine".

Making delicate music leagues beneath the sea sounds very eerie and strange, especially given the centuries-old connection of the Norwegian sea with monsters and myths of legend. Creatures like the kraken were believed to reside here at the edge of the known world, and sailors were wary of meeting their doom in “Davy Jones’s Locker” on the sea-bed. But this sensitive instrument is actually played – operated, in other words – with a high degree of sophistication “The subsea platform on Åsgard has a size similar to a soccer field and sits directly on the seabed, with equipment connected to the producing wells,” Brenne explains.

“This subsea facility increases oil and gas production by reducing the pressure at source, so we are able to get more flow from the reservoirs, giving us another ten years’ worth of additional resources from this part of the field. Once it’s installed, it’s all automated and remotely maintained.”

The benefits of the subsea compressor are tangible, and they’re not just confined to the sandy sea bottom, appreciated only by the marine wildlife of herring and whales. “Our aim is to expand the technology from these subsea compressor stations also to unmanned production platforms that require less assembly, inspection, and maintenance on site,” he adds. 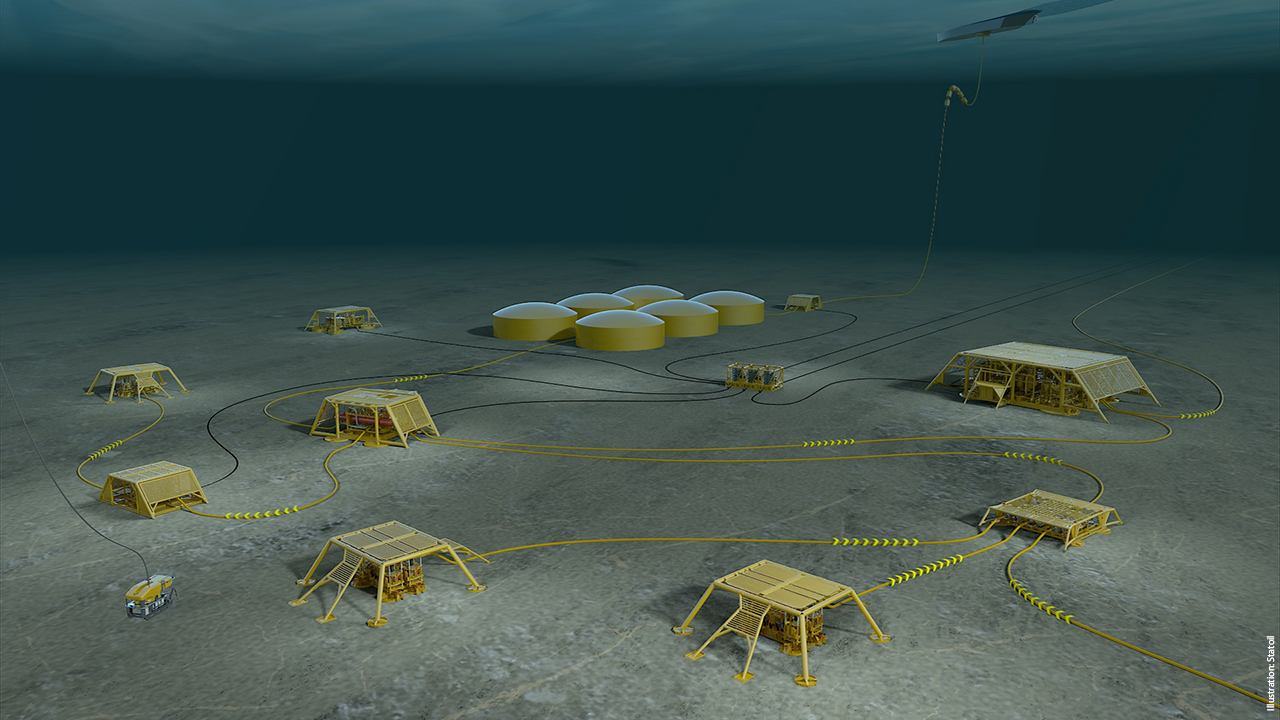 This last part, the all-important task of maintenance, is shifted instead to another location on the mainland. Brenne’s colleague Kjetil Hove, Head of Operations Technology, paints the bigger picture. “So far, we see higher production and earnings from the fields being connected to our newly opened Integrated Operation Centre onshore in Bergen,” says Hove.

The vision for digitalization is ambitious: “By 2021, all Equinor fields on the Norwegian continental shelf will be supported by digital onshore centers from Bergen, Stavanger and Stjørdal, revealing enormous potential within digital support to our offshore fields.” 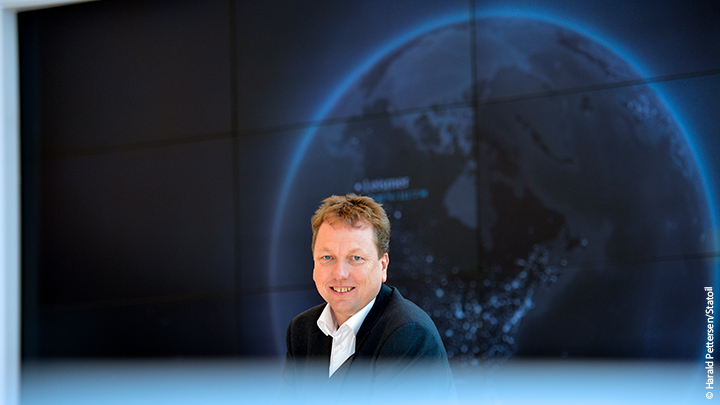 Automation and digitalization of subsea solutions

Leveraging data from the subsea gas platform requires some serious number-crunching, however. The underwater technology developed by Brenne and his team generates enormous amounts of data, which is gathered and analyzed at the Integrated Operation Centre. The next step is to seamlessly merge the 26 petabytes of data generated across all operations per year.

To put that into context, let’s consider the size of a single petabyte. There are more than 10 billion photos that exist on Facebook, for example, which amounts to 1.5 petabytes worth of data. Using a 1PB hard drive, meanwhile, a HD video recorder would need to continuously capture video for 3 and a half years (24 hours a day, 7 days a week) before it reaches capacity.

Torbjørn Folgerø is the Chief Digital Officer at Equinor. His responsibility is to oversee the company’s digitalization strategy at their Digital Centre of Excellence, and he identifies three advantages in pursuing it. “Firstly, digital technologies will make it easier to perform sophisticated analyses of all types of data, ensuring that we always make optimal decisions,” he says. “This applies to decisions on where to explore for new resources, how to enhance recovery from the reservoirs, improve the regularity of our facilities, and optimize trading.”

The second is about freeing up personnel from mundane tasks that they had to do over and over again. “Digitalization of our work processes will increase our work efficiency by reducing the time spent on manual and repetitive tasks,” the digital officer explains. “We thus get more time to perform value-adding work.”

Last but not least, there is the incentive of greater worker safety and less harm to the environment. “We see a potential within robotization and remote control of current physically demanding activities,” Folgerø says. “This will have benefits in the form of improved safety for our employees, reduced carbon footprint and improved profitability.”

So, it’s clear that Brenne’s years of research on the underwater gas station has contributed a vital link to the company’s digitalization chain. But he’s quick to acknowledge that digitalization has also made his job easier. “I have been working on the development of the subsea compressor technology for 21 years continuously, from early phase studies to R&D and finally the first implementation,” he says.

“Thanks to digitalization, developing our internal iPlant™ software during the last 15 years, we were able to analyze and understand the machine, find out what needs to be improved, and make that part of the learning curve within the project. I wouldn’t say the whole project wouldn’t have been possible without digitalization, but it has been essential to achieving the robustness and quality required for subsea use.”

Technological innovation brings change, it brings improvements, so we can do things that weren’t possible before. By going beyond the limits, we are extending what’s possible.